A Young man from church has gone into Air Force Basic Training and his mother asked for anyone who would like to send words of encouragement to him, instead of just a letter I decided to also make a card.

The stars are from a border die of memory box, but I just cut off the stars and used them on the flag. 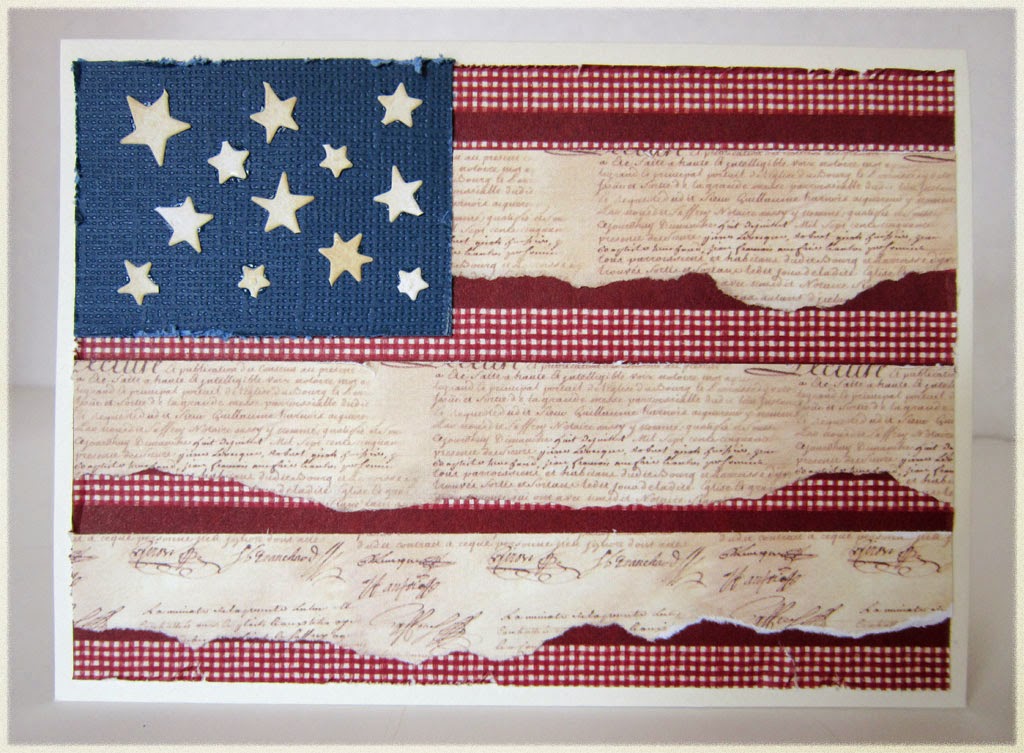 The red paper is from some paper I found at Big Lots some time ago,  the stripes I did from some 7 gypsies paper with text on it, this paper I have had for some time also.  The blue cardstock has some texture on it, and I cut out the stars with white cardstock and used some distress inks on them to try and match the striped paper, I distressed all the edges.  The border die I used was Night Sky border by Memory Box.

Hope your week is going well, it seems to be just flying by for me, I haven't had any creative time in the past couple of days :(

Thanks so much for taking the time to stop by,

Connie
Posted by Conniecrafter at 8:57 AM

Such a beautiful card, Connie and so sweet of you, too!!! I love the torn paper. It's just perfect ♥
Hugs,
Lisa
+-CRe8n4u

How wonderful! He will love it and really think it is special. Much better than a note!! Very pretty and patriotic lovely!!

Wow, Connie! This is so amazing! I love the Americana design. I know he'll appreciate and be delighted by the card!

I realy love how the torn paper looks for the stripes of the flag! So creative!

Fantastic. Love the script paper and the tearing... what a neat way of making the flag.

Love, love, love this!! I really like how you distressed the edges - beautiful!